We're proud to have been the featured artist on the February 23, 2018 edition of Tom Lambert's Independent Music Show.

We are also featured in the March 2018 issue of the show's monthly magazine.

This is our first airplay outside of North America (at least that we're aware of). Thanks to Tom Lambert for the support!

Welcome to Our New Members: Brad McLemore and Terri Owens!

Big news from The April Fools!

It's been hard to keep this under our hats, and now, here it is. On Sunday 11/19, the day after our smash CD release bash at The Hook & Ladder, Clay Williams told us he was leaving the band. We were stunned and sorry to hear the news but we all respected his decision. No gossip, no drama, no acrimony—we loved every single note we played over our four years together and we made two records that we're very proud of. We wish Clay all the best with all his current and future endeavors.

Things change—people come and people go as a matter of routine in the world of Rock and Roll—and life rolls on. If you're in it for real, you simply pick up and move forward. And, that's what we did.

We're very pleased to introduce our two new members: Dallas, TX transplant and guitarist/vocalist extraordinaire, Brad McLemore; and the beautiful and crazy-talented Minneapolis veteran (Flamin' Oh's, Tetes Noire, and more) Terri Owens, on guitar, mandolin, and vocals. They are both killer performers, singers, and writers. We knew exactly who we wanted and were beyond thrilled when they both enthusiastically said "yes!" After our first rehearsal it was pretty obvious we all made the right choice—and you'll get to hear us on 12/28 at the Aster Cafe in Minneapolis.

You're gonna dig it. We promise.

Here's the cover art and track list for our new album Colorwheel, set for release on Blackberry Way Records on November 18, 2017. If you're anywhere near Minneapolis, come celebrate with us!

Our second album <em>Colorwheel</em>, will be released on November 18, 2017 on Blackberry Way Records. Please join us for our <a href="/shows/colorwheel-cd-release-party">release party</a> at the Hook and Ladder Theater & Lounge, where we'll perform along with Rich Mattson and The Northstars AND The Magnolias.

Check back soon to hear tracks from the record and to find out where you can buy it&mdash;if you can't make it to the release party, that is!

Our frontman Brian Drake made a guest appearance on the December 7 edition of Jackson Buck's Freewheelin' radio program, broadcast on KFAI. The audio archive is available for only two weeks following the broadcast date, but the playlist—which mixed in several April Fools tracks among musical heavyweights like Calexico, Chuck Prophet, and The Rolling Stones—can be found on KFAI's website. 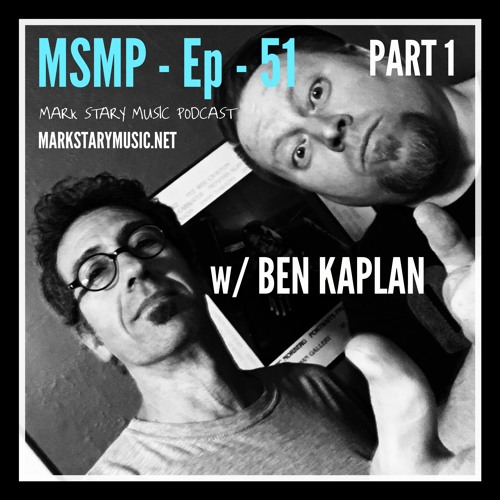 In case you missed it, we've been featured recently in multiple podcasts.

Meanwhile, Brian and Clay sat down with Simon Calder for an episode of his Back to the City MPLS podcast. You can hear them on Season 4, Episode 5, talking about Brian's former band The Hard Left, Clay's long-running project The Dieselfitters, and of course The April Fools.

Thanks to Mark and Simon for the support!

We knew it was inevitable, but our Planetary Group radio campaign has come to an end. However, we're still seeing adds and steady airplay at radio stations across the country; and, if the past 8 weeks are any indication, we expect some forward momentum to continue beyond the contracted reporting window.

Overall, almost 140 stations reported the addition of our debut album to their on-air libraries. Among those, over 75 reported airplay, and nearly 40 reported medium airplay or better, including WMUR in Milwaukee, WI; WLJS in Jacksonville, AL; WGMU in Fairfax, VA; WBSR in Providence, RI; KNDS in Fargo, ND; WXUT in Toledo, OH; and WVOF in Fairfield, CT.

Additionally, 3 stations reported the record as charting: KMNR in Rolla, MO, where the record peaked at #9 on their chart, along with WCNI in New London, CT (#10) and WMTS in Murfreesboro, TN (#27).

Although it will still take some time to truly measure the success of this project, we do know that we now have a national presence that we likely wouldn't have had for many years, if ever, without the campaign. We're also very encouraged by the reception we've received in a market that gets more crowded, picky, trend-oriented, and fickle every day. So even if it has yet to translate into something more tangible, we know that our music is being heard and people are digging it—an incredibly satisfying outcome to the risk of putting it out there.

Another week of radio promotion has resulted in yet more adds and more airplay—how about that? WPTS in Pittsburgh, PA; KSLU in St. Louis, MO; WUDR in Dayton, OH; WBSR in Providence, RI; WGTB in Washington, DC; WSND in Notre Dame, IN; WESN in Bloomington, IL; WECI in Richmond, IN; and WMUL in Huntington, WV have all bumped us up in their rotations.

We also received new adds this week at KRBX in Boise, ID; KRUA in Anchorage, AK; KVSC in St. Cloud, MN; WBGU in Bowling Green, OH; WAKE in Winston-Salem, NC; WSGR in Port Huron, MI; WZLY in Wellesley, MA; KLPI in Ruston, LA; and WPSC Wayne, NJ. If our math is correct (which it should be—we are musicians…), that makes 117 stations in North America who have added our album to their catalogs.

Thanks as always to all of the directors, programmers, and listeners who have helped make this endeavor such a resounding success. The results are in from week 6 of our Planetary Group radio campaign and we're still seeing steady forward movement. We continue to receive light and medium airplay at nearly 60 stations across the U.S., including WSKB in Westfield, MA; WUSO in Springfield, OH; WSUW in Whitewater, WI; KAOS in Olympia, WA; WFCS in New Britain, CT; WCFM in Williamstown, MA; WMUR in Milwaukee, WI; KWDG in Dillon, MT; WKCO in Gambier, OH; and WSHL in North Easton, MA.

We also gained a few more adds this week from stations like WCWM in Williamsburg, VA; KBVR in Corvallis, OR; WSBU in St. Bonaventure, NY; WECI in Richmond, IN; WNYO in Oswego, NY; and WOUB in Athens, OH; including these newcomers, we've been added to on-air libraries at just over 100 stations so far!

We've been posting a lot of news lately about the surprisingly positive response to our radio promotion campaign; it's gone so well, in fact, that we've amassed quite a windfall due to the increased Spotify streaming of our debut album. But where most other bands would use that financial gain to invest in a touring van, recording equipment, or some other practical purchase, we've chosen a more immediately impactful option.

Inspired by the recent trend of high-profile hologram performances by deceased artists like Michael Jackson, Tupac Shakur, and Elvis Presley, we've contracted for a virtual version of country-rock legend Gram Parsons to join us as a special guest at our Aster Cafe show tonight.

However, this is no mere "HoloGram Parsons". Advances in hologram technology have made it possible for us to create parts for our original songs—sung and played in Parsons' style—to effectively recreate the experience of him actually sitting in with us. We've also used what money was leftover to commission matching Nudie Cohn suits for each member of the band.

We hope you will join us tonight for this once-in-a-lifetime experience—it would be foolish to miss it.