About The April Fools

The April Fools began as a studio project for singer/songwriter Brian Drake, who intended to record a batch of his songs with help from a wide network of players to flesh out the tunes. Guitar, bass, and drums would be augmented by horn players, strings, woodwinds, keyboards, vocalists, and more depending on the specific song. The songs themselves spanned a broad spectrum—rock to straight-up country to alt-country/Americana to blue-eyed soul to Brit-pop to folk to 70’s AM radio and more.
The four original members got together for their first jam on September 15, 2013. Easily finding a cohesive thread with which to bring together those diverse genres, they quickly began recording sessions for what would become their debut album. Released in April 2015, the self-titled The April Fools quickly garnered airplay on more than 100 radio stations across the U.S.

Fast-forward to December 2017. After the release their of their second album Colorwheel, on Blackberry Way Records original guitarist Clay Williams left the band and the remaining members carried on quickly with the addition of Minneapolis veteran Terri Owens (Tete Noires, The Flamin’ Oh’s, and others) and Dallas transplant Brad McLemore (Sara Hickman, Soul Food Cafe). Within a year the new line-up recorded and released another full-length LP “Third” again on Blackberry Way Records. This one gave notice of a band evolving in leaps and bounds – again garnering airplay nationally and internationally.

As the band was getting ready to begin recording their fourth studio album the world was becoming aware of a new term, COVID-19. They couldn’t know that this would soon take over everyone's lives and lock us all down. As this reality set in, original bassist Scott Hreha made the decision to leave the band. The remaining members, with the sad reality that they wouldn’t be playing any shows for who knows how long, decided to forge ahead with making a new record. The plan was to bring in a variety of bassists they knew and loved and hear their interpretations of the new songs being worked on up to that point. Recording with great caution, often one band member alone with audio engineer Mike Owens, everyone knew this was going to be a slow process.

Full steam ahead – Brad reached out to his friends in the Old 97s and brought bassist Murry Hammond on board for a remote session to add his distinct style to the song “Lose Your Mind”. They also brought in bassists Paul McFarland (Lolo’s Ghost, Run Westy Run) and Nick Salisbury (Ryan Bingham, Brian Fallon, and many Twin Cities bands) to add their unique styles to the songs. With touring all but shut down The April Fools invited Salisbury to come on board as a full time member. He fit like a glove and proceeded to finish out the the record with his stellar playing. Many months later, and many small recording sessions later, The April Fools are excited to release this album into the new world on 11/26/2021. 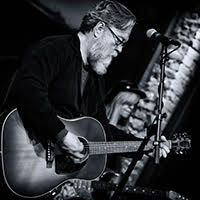 Brian was a Rock and Roll convert from somewhere around the age of 7. When other kids were drawing pictures of Army guys, cars, cowboys and Indians, and space ships and flying saucers, Brian was drawing pictures of Elvis Presley, Ricky Nelson, guitars, drum sets, and amplifiers while singing along to every song on the radio. At age 12, along with the rest of America, he saw The Beatles on Ed Sullivan and it was obvious immediately things would never be the same.

The seemingly never-ending stream of British groups of cool guys playing cool music and drawing the adoration of screaming girls at every turn fired his imagination and has never let go. His first performance on a stage was at age 13 for a high school "fashion show" where he played drums in Ike and The Islanders. Shortly thereafter he got his first guitar from a mail-order catalog. He wrote his first song on a Sears Silvertone arch-top at age 14 and never looked back.

A fixture in the indie/alt Minneapolis music scene since the early 80's, Brian previously fronted, recorded with, and toured with Idiot Savant, The Fontanas, 60 Cycle Hum, and The Hard Left. 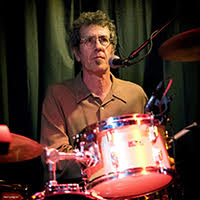 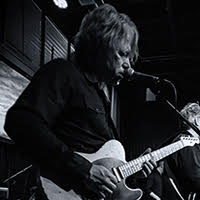 A native Texan, Brad McLemore spent a decade working as a sideman for fellow Texas artists such as Sara Hickman and Soul Food Café, touring the country and performing with Hickman on Austin City Limits and The Tonight Show. Just before relocating north to Minneapolis, McLemore shifted his focus to working primarily as a singer/songwriter, writing songs, playing solo acoustic shows or fronting an electric trio to perform his original music. With songs that search the soul for love, justice, and peace of mind, his songs blend Americana styles and the best of country, folk, and blues into earthy tunes that feature emotionally dynamic guitar. He is excited to bring his songwriting and love of guitar interplay to The April Fools. 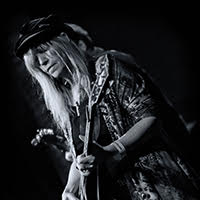 Since the early 1980's, Terri Owens has toured and recorded extensively with Minneapolis-based bands like The Babysitters, The Flamin' Oh's, Tetes Noires, and Sonicbouquet. She has also lent her talents to numerous recordings as a session musician for Twin Cities labels, including Blackberry Way and Twin/Tone offshoot Medium Cool. Terri brings her wealth of experience and infectious enthusiasm to The April Fools as a guitarist, vocalist, songwriter, and mandolin player—greatly expanding the band’s overall sound in the process. In the past few years, bassist Nick Salisbury has been busy touring nationally & internationally with the likes of academy award winner Ryan Bingham, former Gaslight Anthem frontman Brian Fallon (having also played on his 2018 album “Sleepwalkers”), and Minnesota’s own high energy soul band Sonny Knight & The Lakers. When not on tour, Nick can be found playing with Minnesota artists as diverse as The Dollys, Jack Klatt, The Neighborhood Trio, Ray Barnard, Jeff Ray & The Stakes, and many others. As the house bass player for the weekly MN Songwriters Showcase for over 10 years, he has backed hundreds of songwriters, leading to numerous sessions, and producing albums by Sarah Streitz, Peter Lochner, Graham Bramblett, and Mark Cameron. Nick also produced, arranged, and performed on the very unique and beautiful vocal/bass duo album “Firefly” with Ashleigh Still. A big believer in bass playing that elevates a band by keeping it simple, Nick is most at home backing up singers and supporting songs, and he’s excited to now be supplying the low notes for The April Fools.

"[T]here's something just so perfect about how everything's put together on [The April Fools’] self-titled debut that just makes it sound like one of those gorgeous singer-songwriter albums from the late 70s that you stumble across in a record store and fall madly, staggeringly in love with." Jon Hunt l'etoile Magazine 04/22/2015